Miles and Miles of Middle Ground 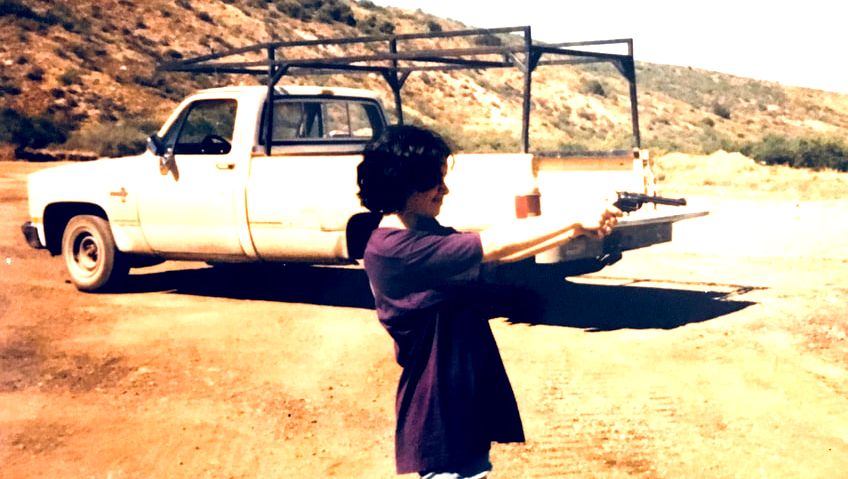 Me, age 15. The summer after my grandmother died, her brother invited me to spend the summer in Arizona, where he taught me how to drive that truck and shoot that gun.

​And the mass murder carried out at a Florida high school four days ago was the EIGHTEENTH school shooting of the year. It’s all been said before, but I can’t help but take a moment to address the ideological stronghold of Second Amendment advocates: If we can find practical reasons to place limitations on the First Amendment (i.e., can’t falsely yell ‘fire’ in a crowded theater, can’t voice a call for violence), why claim there is no middle ground on legislation that places limits on the Second Amendment when it’s in the interest of public safety? There is plenty of room for compromise.

The “slippery-slope” argument is bunk, so spare me that. The “individual rights” interpretation of the amendment was already established as precedent in SCOTUS’s Columbia v. Heller. If gun-owners want to make sure they have the right to buy a gun for self-defense, hunting, or whatever other legal, non-murderous purpose, why wouldn’t they support compromise over gun control? Can’t they see that the insanity, the extremity of this zero-tolerance for gun control actually makes it MORE LIKELY that a movement will eventually push another case before SCOTUS, where Heller is overturned by a subsequent decision (perhaps that scrutinizes the words “well regulated”) that shoots down–yeah, pun intended–their precious individual rights reading?

No political force is indestructible: not even the gun lobby. Movements will gain momentum. Cut your losses, gun-owners, and get on the right side of history: Support sensible gun control policies.

Students and teachers: support the resistance to inaction and participate in the walkouts planned for March 14 and April 20! Everyone else: rally in D.C. at the March for Our Lives on March 24!